This is one of our favorite Christmas Eve traditions, and we just had to share it again with all of our furiends!!

The Night The Animals Talked

In the frosty mountains and on the snowy fields of Norway, there is a legend that draws children to all kinds to stables and stalls throughout the country on each Christmas Eve night. They are hoping to hear a miracle. They are waiting to hear the animals talk.

Over 2,000 years ago, Jesus was born in a stable in Bethlehem. This was no abandoned place, but was a working stable, filled with animals of all kinds. Into these humble surroundings, encircled by the innocent creatures of God, the Savior of man came into the world.

Now according to legend, at least, Christ's birth occurred at exactly midnight. Inside the stable, the animals watched in wonder as the new-born babe was lovingly wrapped in swaddling clothes and placed in a manger. Suddenly, God gave voice to the animals and immediately they began to praise God for the miracle they had just seen. This went on for several minutes and, just before the entrance of the shepherds -- who had hurried to the stable because angels had told them the Christ had been born there -- the animals again fell silent. The only humans who had heard them were Mary, Joseph and, of course, the Christ child.

The legend of the talking animals persists to this day in Scandinavia. And every Christmas Eve, wide-eyed children creep into stables just before midnight to hear the animals praise God for the wondrous birth of His Son. Of course, adults scoff at this. "Old wives tales," they grump. "Those children should be home in bed, not out in the cold waiting for the family cow to preach a sermon."

But the children know -- or at least believe -- that animals really do praise God at midnight every Christmas Eve. And who of us -- those who believe in an all-powerful God -- can say that it really doesn't happen?


Jesus looked at them and said, "With man this is impossible, but with God all things are possible." (Matthew 19:26 NIV)

Posted by Cheryl, Indiana, Shingo and Molly at 4:00 PM 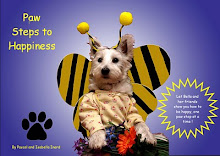 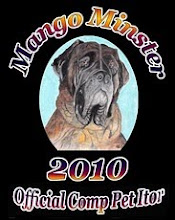